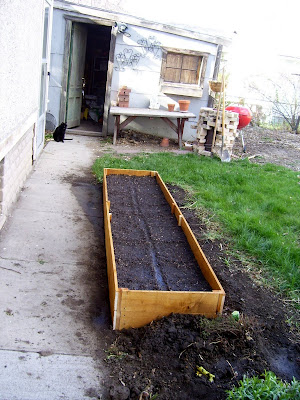 Square Foot Gardening
Built a raised bed to replace the old one which was rotting away, and not very well planned. The new one is 1" X 6" X 72" cedar fence planks cut into five foot and four foot lengths and screwed to 1" X 2" X 16" cedar posts with two end caps of the same material. Basically its rises eleven inches off grade runs for 9 feet north to south and has eighteen square feet inside I turned and sifted about a 2/3 yard of compost into the wheel barrow and spread it into the box on top of turned soil and raked it smooth.
Then I laid out 18 square foot sections and planted the following by squares moving left to right, north to south:
one block of four sugar snap peas
one block of four snow peas 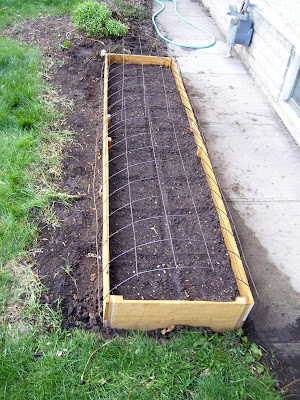 I watered heavily and covered the box with half round cylinders of 6" X 6" remesh and plastic held down with bricks.

Once the fast growing plants are harvested, I will revive the soil with new compost and replant with heat tolerant veges.

It all comes from the old PBS show and book "Square Foot Gardening" , a wonderful way to do easy, intensive gardening.

I'll let the morning heat crank up the germination process tomorrow. Cooler weather along with some rain is supposed to blow in come Tuesday....We shall see.
My back is sore...but I feel great otherwise. 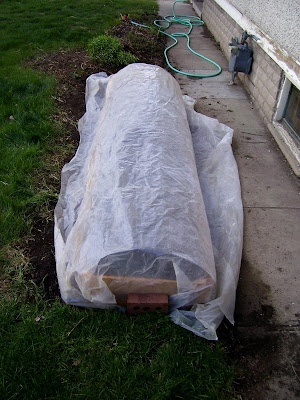