Out of the Clear Blue of the Western Sky Comes... 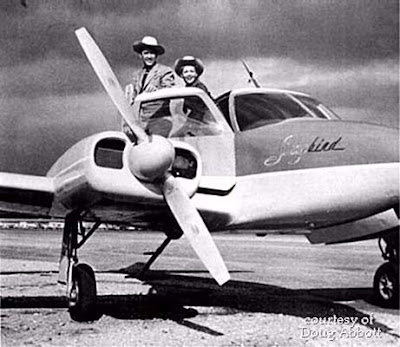 Brigid (http://mausersandmuffins.blogspot.com/) posted a bit about pilots and wanna be pilots.
The first thoughts in my head were of two heroes of my youth. Both of them were true pilots. One was Kirby Grant, the star of the '50's adventure western series: Sky King. 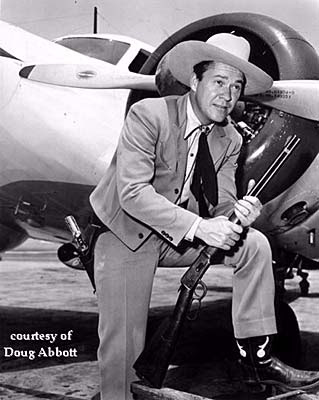 Kirby, born in Butte, Montana, used his own plane early on in the series. Short biographic sketch can be found here: (http://skyking.com/kirby_grant.html).


The second man was my stepfather: Aaron Boggs (Bob) Anthony. Never knew him as anything but "Dad."

Dad flew a Consolidated B-24 in the Pacific Theater, 13th Air Force, 5th Heavy Bomber Squadron. Not a pretty beast, just one helluva workhorse. I talked with his wing commander Wally Martin, after Dad died. He said that Dad flew between 48 and 52 missions in and around the Philippines, twice the number required. Guess it wasn't unusual, from what Wally told me.

Dad told me they were ungainly birds on take off and landing. He and his co-pilot ahd to crane their heads out of the cockpit to see the tarmac, given the geometry of the bird. Once in the air, they were dead on stable...Like a frikken White Freightliner.

After his first stroke, I took Dad to the Pima Air Museum, next to Davis-Monthan AFB in Tucson. It was early spring, warm enough to walk about with just sweaters. Outside, in the boneyard, we found a B-24J, much like what Dad flew. We walked around it and he talked. It was the first time he had really opened up. Halting speech, from the stroke, but clear and strong. How the big radial engines purred....how tough it was to board, but great to fly. One of the docents came by, saw us pointing, talking and laughing....

He asked Dad about his history...and invited him, with help, to enter the old bird.

One of the only times I had ever seen Dad get tears........He said sumpin like "No, I've done that way too many times already....just let it be."

Dad died little more than a year later....another stroke.
Posted by Sven at 7:43 AM No comments: 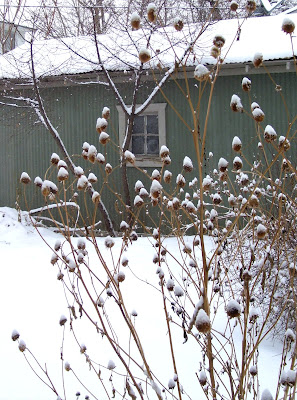 As I write this post, the temperature outside is 3 degrees F. Its typical Stock Show weather. From childhood on, when the National Western Stock Show opened its doors, we could count on a blast of cold and snow to be blown out of Canada.

This year is no different.

Great weather for staying indoors and baking bread. That is exactly what I did yesterday. 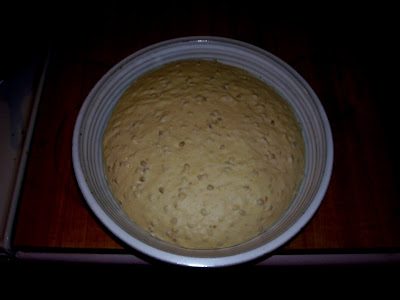 I follow a basic recipe found in the Tassajara Bread Book. It was first published in 1970, written by a Buddhist monk and baker at the Tassajara Zen Monastery near Carmel, California. To the basic recipe, I tossed in some left over, cooked and soured barley, milled oats and buttermilk. 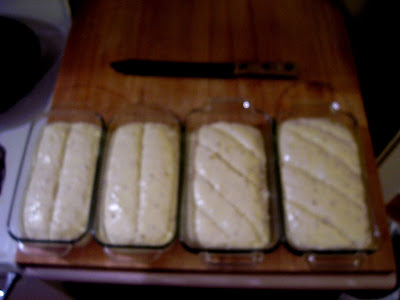 The dough is allowed to rise a total of four times, being punched down and kneaded between each rising. This takes advantage of the long string gluten in the wheat flour. It makes for chewy bread! The buttermilk and soured barley and oats give the loaves some added zip, texture and crunch. 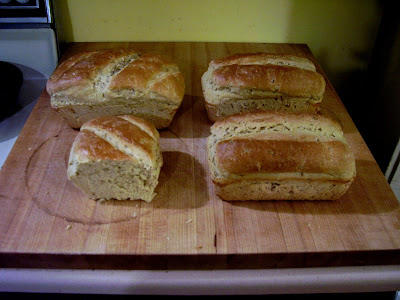 Four loaves, three for us and one to give to a friend.

On New Year's eve, I whipped up some Sourdough starter. It has run its course, is now complete and ready to be used for pancakes and bread. THAT, beloved, will happen in a couple of days.

Bread for the body and poetry for the soul, 'tis a delightful combination.
Posted by Sven at 7:48 AM 2 comments: