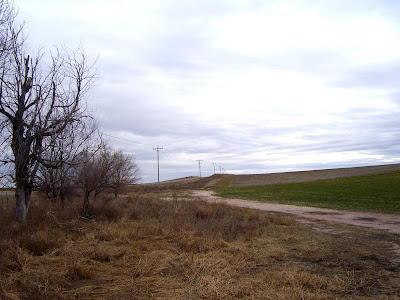 November arrived decked in a flaming sunrise. The Summer of travel and death and wandering grief is gone. Autumn came with the promise of more troubles on the world stage. But this!, this sunrise was astounding, a portent of the fires of Winter.
Winter where cold mangles cold and callous hearts turn to stone.
Winter, where deep longings slumber dreaming of the freshets of Spring 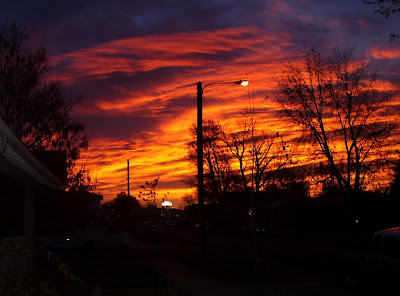 The last of the brilliant colors on the Cherry tree and the Spirea bush. The garden was a joy. It went totally out of control as I spent more of the Summer traveling or taking care of Mom and her estate in Tucson, than I did tending my garden. Its overgrown and sorely in need of trimming and cutting back. 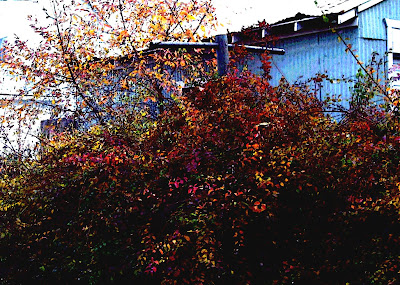 Mark took two fine pheasants opening day. I missed more than my share of "gimme" shots. It was obvious when I returned home that I had not been mounting the ol' Browning correctly. I had a series of bruises on my bicep. Can't hit a bird if ya can't shoulder and point the dang gun! 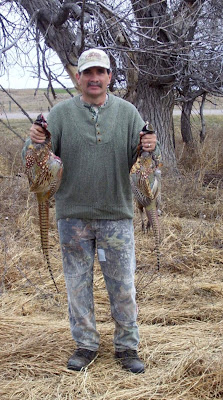 Rifles were cleaned and adjusted. Last year I missed two or three seemingly easy shots after a very disconcerting misfire where a piece of straw had lodged between the bolt face and the round, stopping the firing pin from hitting the primer. I cleaned and checked both long guns for any loose fasteners, rust and crud. 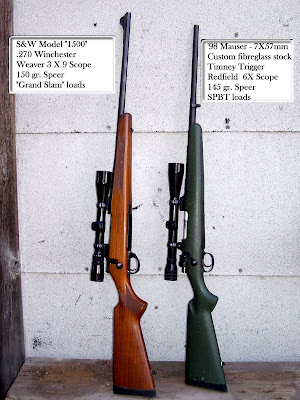 Scopes were checked for accuracy. I shot a total of five or six three round groups with the .270.
The scope was high at 3 inches and way off to the right by almost 5 inches. Dialed in, it was set 2 inches high on vertical center at 100 yards. 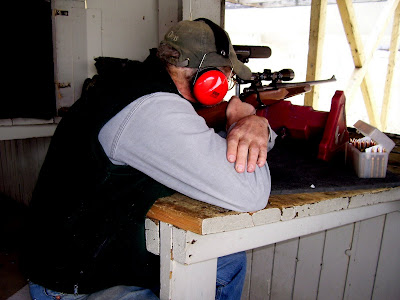 Two decent sized does fell to the spell of well placed bullets. I shot mine and Mark followed suit within the blink of an eye. Both animals were dropped almost in their tracks by lung and/or heart shots. 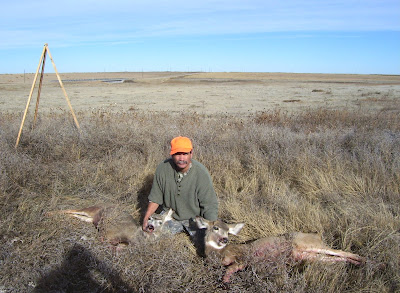 We gutted, skinned, tagged and bagged the carcasses. We iced them down in the big cooler and said farewell to another successful year of hunting near Cheyenne Wells. 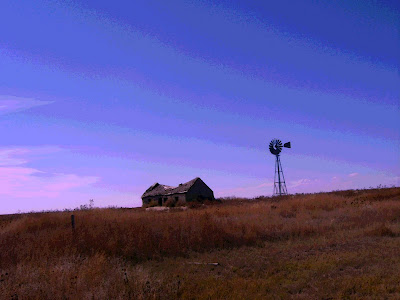