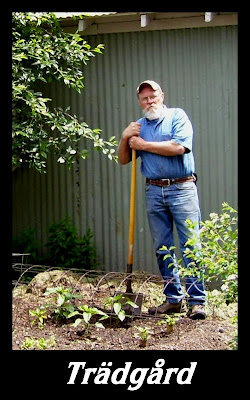 Mitt-Sommar Natt Dröm
When Midsummer's Eve arrives, when the sun rolls high to the north, and darkness is driven away, the Swedes celebrate the longest day. Herring and Cheese, Smoked Eel and Sausage, Beer and Gamel Dansk and Vodka meet fresh herbs and spices...fruits and berries...rye bread and potatoes. Flowers appear in liquid, flashing eyes and laughing lips... and twine in fragrant locks, bright as morning as smiles. Desire deep as the North Sea roars at passion's gate. The long wait is over. The long twilight shimmers with flowers and nightburn, belly deep and strong. The age old, undertow speaks, seeking this one summer night. 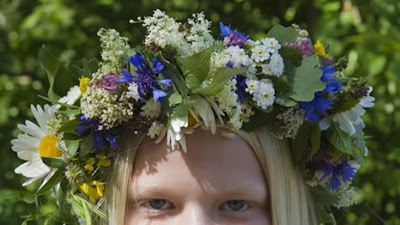 The elders recollect memories unsullied by long years . Lyric voices share them in the tales turned legend. For a singular night, darkness is banished. Light reigns supreme....Ah, and then, beloved, the cycle begins again. 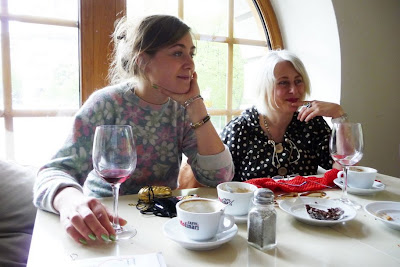 Generations listen, intent on tales they have heard since childhood, certain that nothing has changed. Only they who tell the tales change. Thinning white hair and lined faces, uncertain steps grow ever more ancient. Yet eyes glitter, undimmed by age as the sing-song Nordic voice recalls tales of sea and bird, elk and moose, flowers and fish. 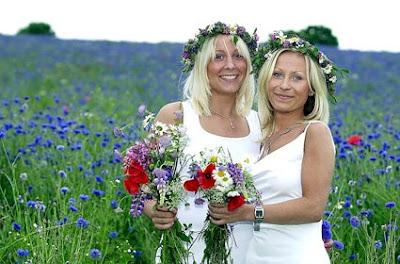 Youth and that ethereal, Scandinavian lightness of being, beauty blooms in the early summer, glows in the fertile breast and belly. Haunted by the long winter dark, this, this is the night when all the Grendels and Goblins and dark, skulking creatures are driven from the heart and land and summer reigns a season long. 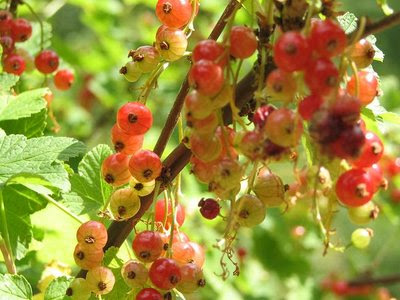 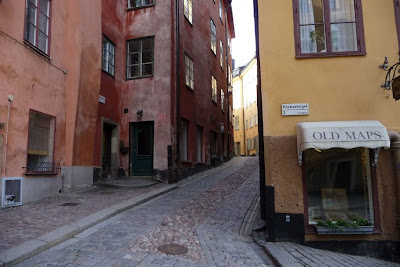 In the old city, written words come alive. The tale of a witch dancing in a mortar, living in a shack that walks the dark night on chicken legs. A troll, exacting a toll under a stone bridge hungry for a goat leg joint. Men who are bears who eat men live in the earth mother's womb. All the dark underbelly whispers are driven away. This is the night, midsummer night light stays and does not stray. 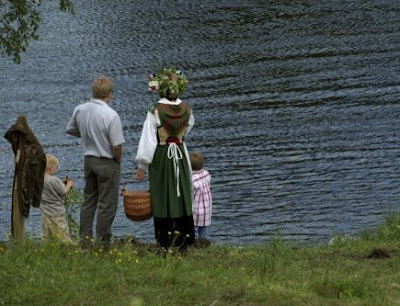 Another family, fed on the tales and the bounty of that northern finger of land nestled 'tween her Skandi neighbors. Sweden remains.

And I the gardener, half the world and all the culture disperate. I, the "trädgårdsmästare" turn this new found soil. Its fertile fragrance rolling deep, pulling at my core. Heat from the sun and heat from the deep meld and twist in a long inner serpent coil. It's no wonder the Beltane fires are still lit and the May pole, the "midsommarstång" still rise and burn, ecstatic fire on the night when darkness is banished. Both the sweet summer soil and summer's lass look to take seed to self and grow ripe a new generation.

One of the wonders of God is this deep and diverse fecund Spirit that he has breathed into all of his children across this broken world. The rich stories and deep longings, so alike and yet, so unique. I stand in awe at depth and breadth of God's creative power. His Spirit burns bright in Mankind's heart and mind. 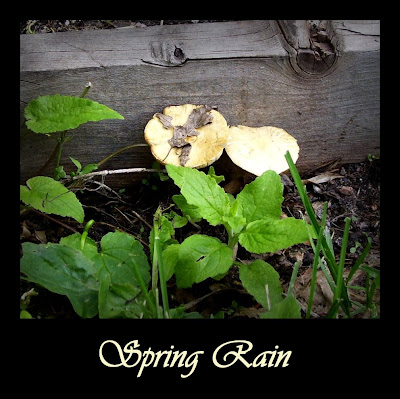 Colorado weather has settled into a Monsoon pattern. Prevailing westerly winds are flowing north and east out of the Gulf of California and the Sea of Cortez. Lazy low pressure systems rise and spin in Nebraska and Kansas, wandering into Wyoming, Colorado and Northern New Mexico. 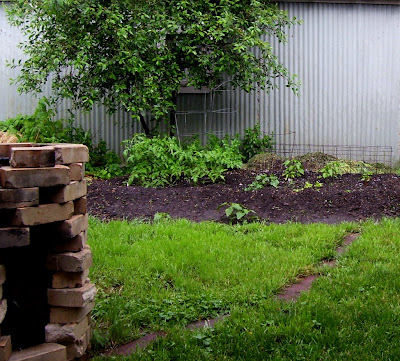 It rains almost every day. 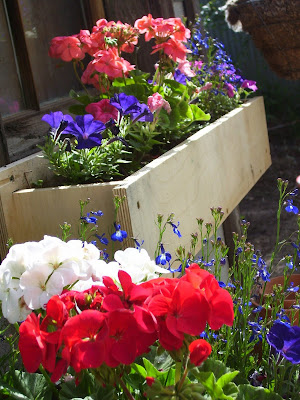 The garden is drinking up the moisture, delighting in the days of sun. Everything that has sprouted is flourishing. Those who have not yet sprouted, will do so soon and strong. I have staggered the plantings in order to make a prolonged harvest. 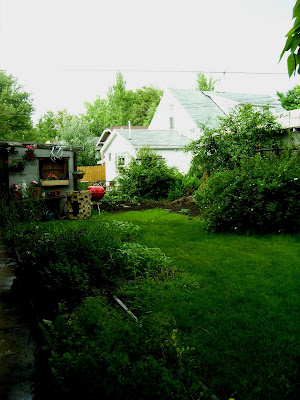 It is almost intolerably green! Tis' Ohio River Valley green, Ireland's finest Kelly green, bright young apple green. And I know only too well that this will not last. It's Colorado fate, particularly the eastern slope, to be in the rain shadow of the great Rocky Mountain spine. When the monsoons dry up, so will we. Heat and desert dry will return. Irrigation will be required and the fecund green will turn pathos shriveling, sage and dull. Fruits will grow heavy, with water stolen from the great river basins. Water caught in man-made basins, piped and stored in reserviours, bought and sold. A commodity, some would say, more precious than gold.

The last two years, snow pack has been extraordinary. A wealth doubled by the strong resort, snow based industry. Once it melts come late spring, the reserviors fill and the irrigated fields flourish.

The following two photos, taken from the approximately the same spot, five weeks apart show the drastic change that occurs when the snow melt comes on, exacerbated by the monsoon rains. The river is Clear Creek, which flows down along the Interstate 70 corridor from Georgetown and Berthoud Pass. 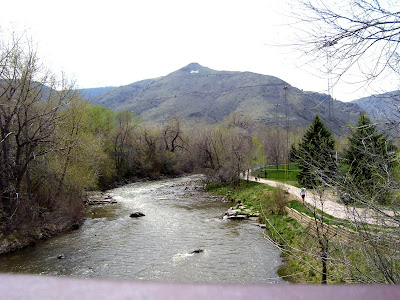 Five weeks ago, this was the view looking upstream from the center of Golden. 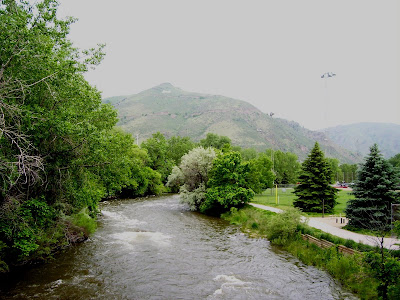 This picture was taken yesterday from the same point.

Fishing, at this point in time.....is relegated to the lakes, ponds and reservoirs. There are some of the tailwaters below dams whose reservoirs are filling with snowmelt and rainwater. These tailwaters, which are still low and gin clear, are full of trout gorging themselves on hatching larvae and pupae...and the steady chain of hatches and mating rituals, Mayflies and Caddis. -AND- they are full of fishermen lined up shoulder to shoulder. Not what I would call good fishing.

Perhaps, by the first week of July, we will once again don waders, stretch lines and leaders and ply the waters......"standing in a river, waving a stick."

Allow me to introduce you to the man who coined that phrase, using it as the title of a book on flyfishing. 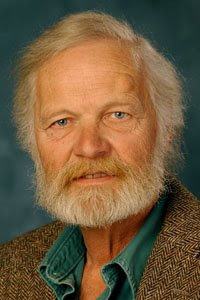 The book to which I refer:

John lives in Northern Colorado. He fishes the world in a pair of leaky canvas waders, with handmade bamboo fly rods and writes as though Samuel Langhorn Clemens were whispering words in his ear. 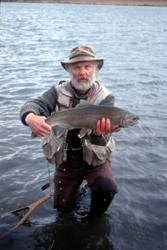 He is a true Trout bum...following the seasons and the hatches. Writing of good times and poor, whiskey and women and trucks that have all passed through his life. Yet those cold, trout stream waters and the fish in them still remain.

"I am haunted by waters."

A River Runs Through It - Norman Maclean

God must know that I love this odd thing, flyfishing. He certainly speaks to me whenever I stand in the river casting to that hypnotic four count rhythm, all other sounds washed away by the coursing flow of the water rushing over rock and sand and pushing hard against my knees, washing clean, this old sinner's heart.

After the rains leave us cool and damp... Sunset calls. I tossed the ol' wooden ladder on the cook table outside the reloading shed and hopped up to take a few picks.

Later, a full moon, far to the south, will pour its magic elixer light into the deep night.

Right now, its clouds and sun and the deep Colorado sky: 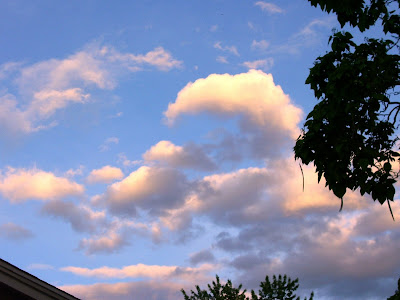 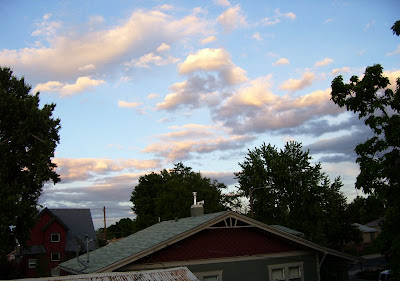 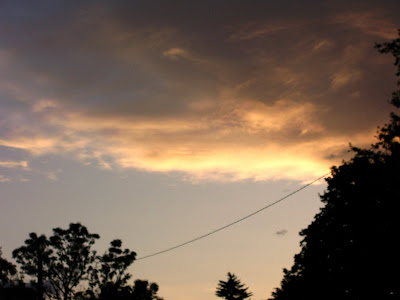