Between ~ What Comes After Death? 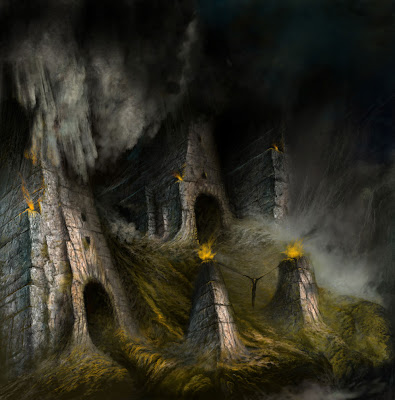 It began with the sharing of an internet post:
~~~*~~~
"The following is an actual question given on a University of Washington chemistry midterm. The answer by one student was so 'profound' that the professor shared it with colleagues, via the Internet, which is, of course, why we now have the pleasure of enjoying it as well.

Bonus Question:
Is Hell exothermic (giving off heat) or endothermic (absorbs heat)?
Most of the students wrote proofs of their beliefs using Boyle's Law (gas cools when it expands and heats when compressed) or some variant.
One student, however, wrote the following: First, we need to know how the mass of Hell is changing in time. So we need to know the rate at which souls are moving into Hell and the rate at which they are leaving. I think that we can safely assume that once a soul gets to Hell, it will never leave. Therefore, no souls are leaving.
As for how many souls are entering Hell, let's look at the different religions that exist in the world today. Most of these religions state that if you are not a member of their religion, you will go to Hell. Since there is more than one of these religions and since people do not belong to more than one religion, we can project that all souls go to Hell. With birth and death rates as they are, we can expect the number of souls in Hell to increase exponentially. Now, we look at the rate of change of the volume in Hell because Boyle's Law states that in order for the temperature and pressure in Hell to stay the same, the volume of Hell has to expand proportionately as souls are added.
That gives two possibilities:
1) If Hell is expanding at a slower rate than the rate at which souls enter Hell, then the temperature and pressure in Hell will increase until all Hell breaks loose.
2) If Hell is expanding at a rate faster than the increase of souls in Hell, then the temperature and pressure will drop until Hell freezes over. So which is it?
If we accept the postulate given to me by Thelma during my freshman year that "It will be a cold day in Hell before I sleep with you," and take into account the fact that I slept with her last night, then number two must be true, and thus I am sure that Hell is exothermic and has already frozen over!
The corollary of this is that since Hell has frozen over, it follows that it is not accepting any more souls and is therefore, extinct......leaving only Heaven, thereby proving the existence of a divine being which explains why, last night, Thelma kept shouting "Oh my God!"
This student received an A+. "
~~~*~~~

Yes, its funny, particularly if the reader comes from a scientific, more specifically, a physics discipline....AND, attended a mainstream American liberal arts college/university. I sent it on to some online friends and received a cryptic response from one of my favorite people on these inertoobs :

THAT started the twisted, tangential lines of thought going in the dusty ol' hardware store/warehouse also known as "my brain". The first thing to pop up was the recollection of my own history. This is what I wrote:

"In my younger daze, in the dark ages when I wandered outside the confines of Mother Church, most of the gals I knew or dated believed in some kind of Neuvo Ageo mix of Hindu/Zen/Buddhist/Native American animism. They all believed in a "higher power" or some such drivel.

I never did date or bed an espoused atheist...They seemed so brittle and empty and, well...Godless!

I would grin and laugh about that, except that in truth and fact, it is very, very sad. Reminds me of the lost souls in C.S. Lewis' bright little book, The Great Divorce.

They chose to build their singularly, lonely, empty castles outside of and far away from the light and fellowship, the communion with God through Christ.

They have made their choice and judgement come true.....to them, there is no God. *Shudder!* "

And that brought to mind the whole theological concept of Purgatory. 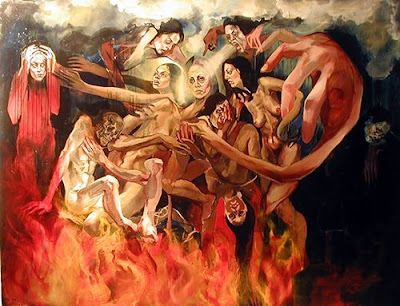 Late in returning to Christianity after years of trying to prove that God did not exist, Lewis found himself face to face with God, in Christ and the realization that his Holy Spirit is at work in the world. An avowed and strict bachelor, he focused on education and worked his way to become first Professor of Medieval and Renaissance English at the University of Cambridge and a fellow of Magdalene College, Oxford.

Then he met Joy.

Joy Davidman Gresham, an American writer of Jewish background and also a convert from atheism to Christianity was estranged from an abusive relationship, a clerk and teacher. (thanks to Wikipedia for the attributions)

The avowed bachelor and completely independent Don of Medieval and Renaissance English Studies....He found his humanity. His heart of stone, broken... and his singular life, remade whole in Christ. From that point on, all of his gifted words reflected the ongoing life he held so dear in his Saviour.

There are No Ordinary People,

You Have Never Met a Mere Mortal... 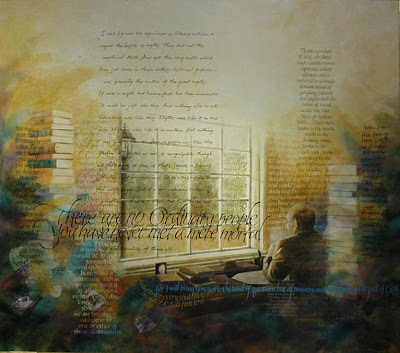 " … for I will bring you not to the land of questions but of answers, and you shall see the face of God" ~ C.S. Lewis --The Great Divorce

An ongoing discussion in this, the 50th year of Mattel's flagship doll's production, brought about this Denver specific line of the lanky blonde doll. This topic is actually making my teeth hurt as I grind away on my molars as I grind away on this post! I hope it will bring at least a smile if not a laugh or two.

Although the place names might not be familiar, you will probably recognize at least a couple of these Barbie characters from within your own metropolitan area. 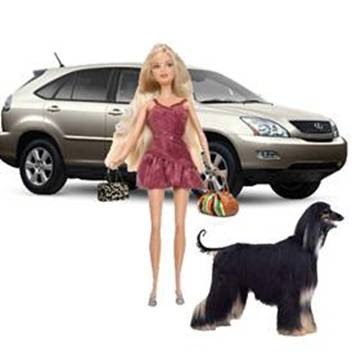 "Cherry Hills Barbie"
This Princess Barbie is only sold at The Cherry Creek Mall. Comes with an assortment of Kate Spade Handbags, Lexus SUV, long-haired foreign dog named Honey and cookie-cutter house. Available with or without tummy tuck and face lift. Workaholic Ken sold only in conjunction with the silicone augmented version. 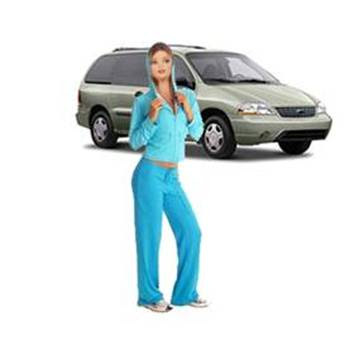 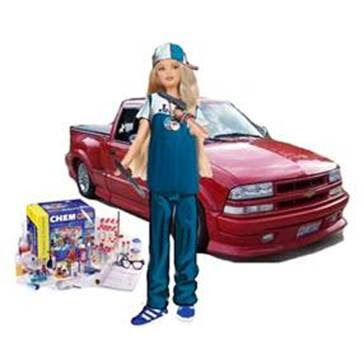 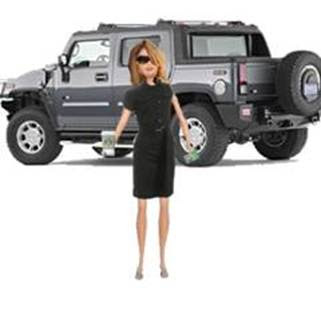 "Centennial Barbie"
Yuppie Barbie comes with your choice of BMW convertible or Hummer H2. Included are her own Starbucks cup, American Express card and country club membership. Also available for this set are Shallow Ken and Private School Skipper. You won't be able to afford any of them. 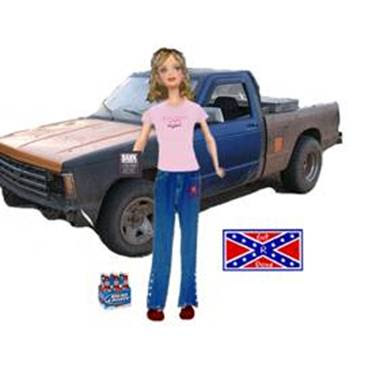 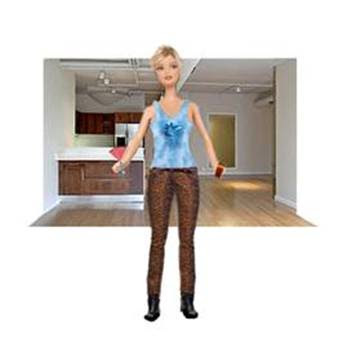 "The Lo-Do Lofts Barbie"
This collagen-injected, rhinoplastic Barbie wears a leopard print outfit and drinks Cosmopolitans while entertaining friends. Percocet prescription available, as well as a warehouse conversion condo. Ken, where's Ken? Ken is off in New Mexico attending a Men's movement weekend. Ken is constantly in a crisis state. This year it is a sexual identity crisis. 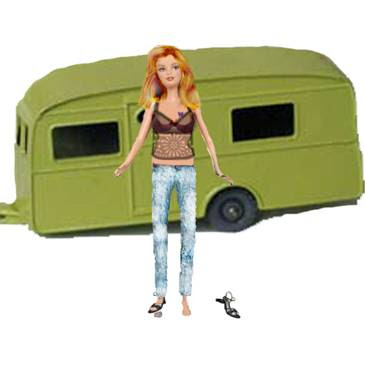 "Commerce City Barbie"
This tobacco-chewing, brassy-haired Barbie has a pair of her own high-heeled sandals with one broken heel from the time she chased Beer-Gutted Ken out of Morrison Barbie's house. Ensemble includes low-rise acid-washed jeans, fake fingernails, and see-through halter-top. Also available with a mobile home and '64 Chevy pickup with a bent trailer-hitch. 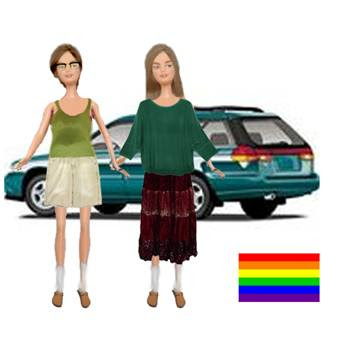 "Capitol Hill Barbie"
This doll is made of actual tofu. She has long straight brown hair, archless feet, hairy armpits, no makeup and Birkenstocks with white socks. She prefers that you call her Willow. She does not want or need a Ken doll, but if you purchase her two Westport Barbies "friends" and the optional Subaru wagon, you get a rainbow flag bumper sticker for free. 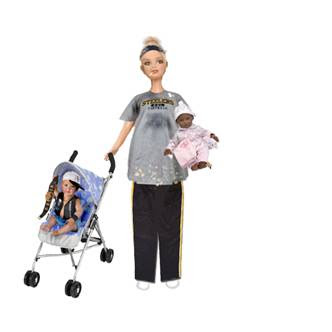 "Northglenn Barbie"
This classic Barbie now comes with a stroller and infant doll. Optional accessories include a GED and bus pass. She lives in a 80's brick cliff dwelling apartment complex. Gangsta Ken and his 1979 Caddy were available, but are now very difficult to find since the addition of the infant. Northglenn Barbie is now on full welfare and medicaid. 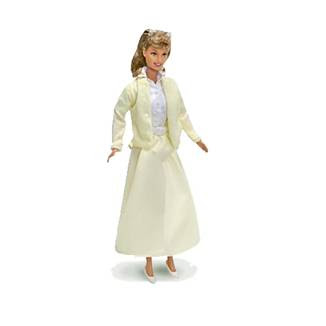 "Lakewood Barbie"
She's perfect in every way. Her family used to be Episcopalians. Now they are members of the Conservative LCA (Lutheran Church in America). We don't know where Ken is because he's always hunting or fishing. Skipper and her little brother are both star students in the Lutheran private school. 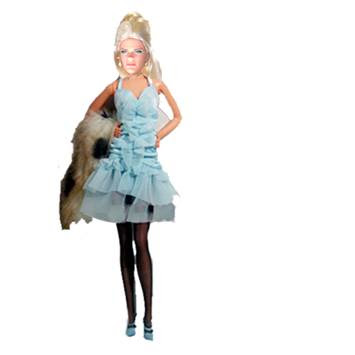 "Wash Park Barbie/Ken"
This versatile doll can be easily converted from Barbie to Ken by simply adding or subtracting the multiple snap-on parts. Does the phrase " Metrosexual, social hermaphrodite" mean anything to you? Go figure... I have not a clue!!!
WTF!