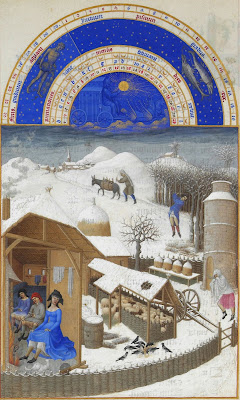 "February was named after the Latin term februum, which means purification, via the purification ritual Februa held on February 15 in the old Roman calendar. January and February were the last two months to be added to the Roman calendar, since the Romans originally considered winter a monthless period...."

"Historical names for February include the Anglo-Saxon terms Solmonath (mud month) and Kale-monath (named for cabbage) as well as Charlemagne's designation Hornung. In Finnish, the month is called helmikuu, meaning "month of the pearl"; when snow melts on tree branches, it forms droplets, and as these freeze again, they are like pearls of ice." -Wikipedia 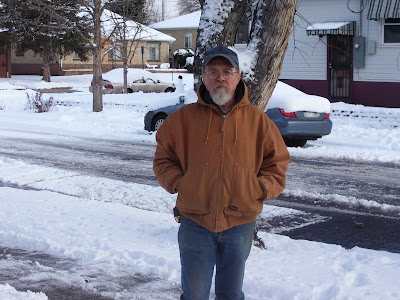 The photo above was taken about 10 days ago. It was shortly after one of those racing Canadian Clippers had blown south along the eastern foothills of the Rocky Mountains. The temps that evening were in the low 20's. Denver would feel the Arctic chill that night as the thermometer dropped below zero. Notice the snow on the north side of the tree behind me....THAT, beloved, was applied by the wind, blowing out of the north. 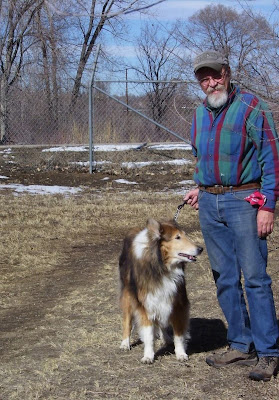 Contrast this photo with the one above. This photo was taken today whilst Nate (West River-Nathaniel "No Fear") and I walked along Clear Creek, just a few blocks from our home. It was nearly 65 degrees. I was growing quite warm in my flannel shirt. 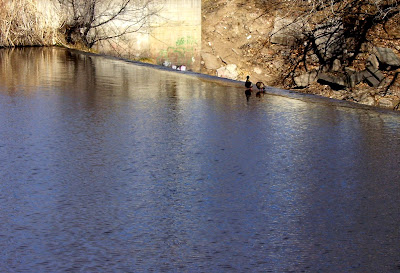 AND....The ducks were out!
February can be a cruel month for expatriate desert rats like myself. I don't ice fish. I no longer ski. All the major hunting seasons are closed. AND...its usually grey and brown...and cold and snowy.
I have learned to befriend the Cabin Fever which comes to visit. It arrives with wearysome regularity, every February. The reverberant joys of the Holiday season fesitivities have passed. The novelty of new snow becomes just another chore...in the biting cold...one more damn time! Most of what are called fresh vegetables are not. The standard tomatoes at market taste like cardboard, the carrots are limp and greens are watery and devoid of flavor. Although the nights grow shorter and the days longer...It seems impossible that Spring will ever return.
OH YES.....and there are still GOOD EATS available: 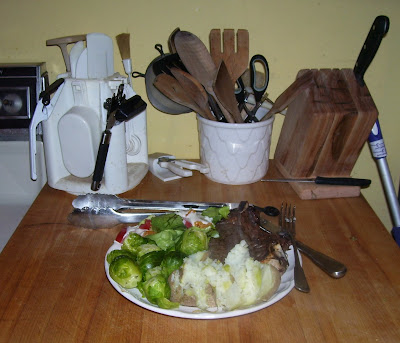 AND, I stock up on spicy Mex/Italian foodstuffs, prepare for Lent and make certain that the Red Wine Jug is always full!